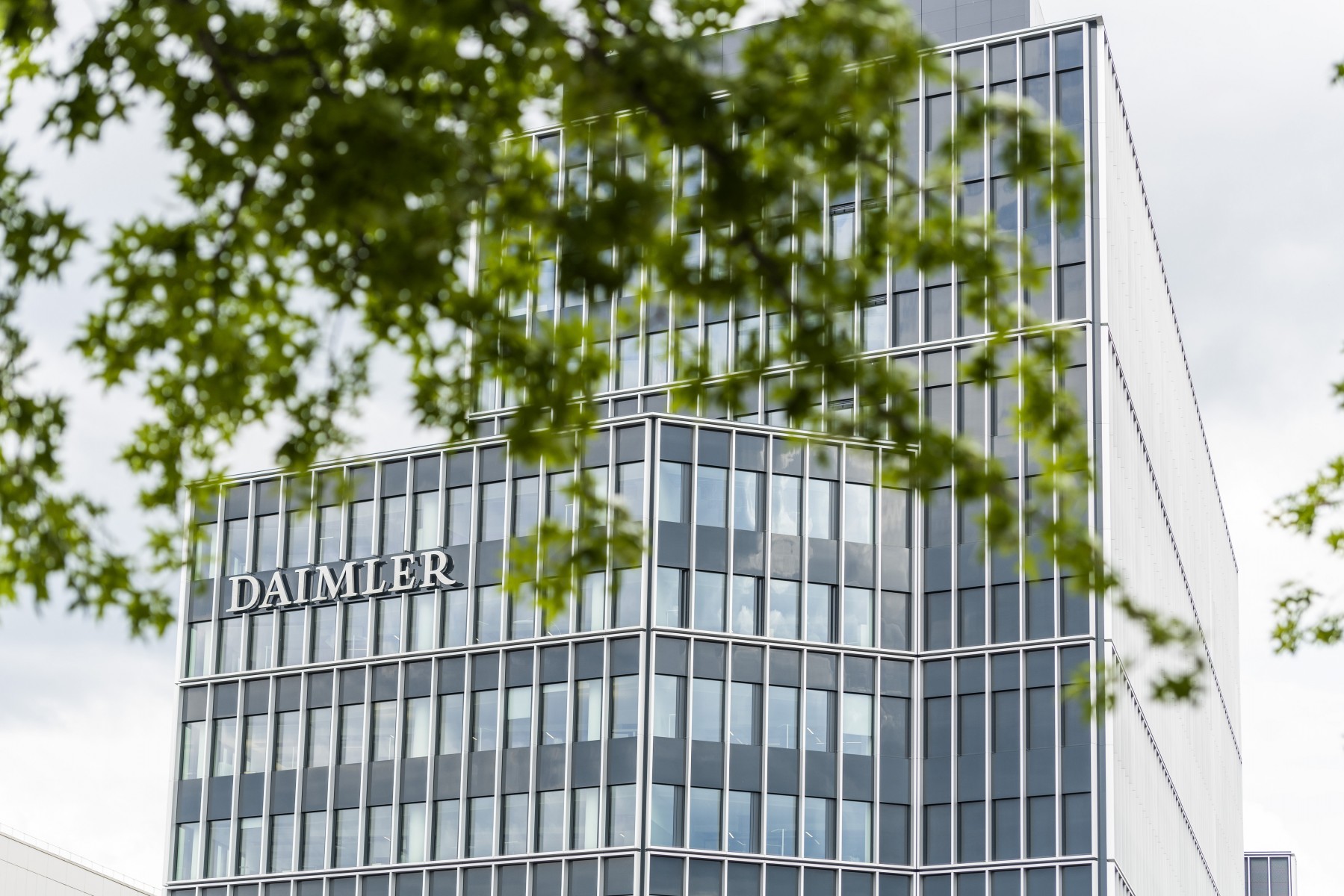 Daimler AG and its subsidiary Mercedes-Benz USA LLC (MBUSA) have taken another important step toward resolution of various diesel proceedings: The U.S. regulatory authorities have approved a settlement of civil and environmental claims, thereby comprehensively resolving the respective regulatory proceedings regarding emission control systems of approx. 250,000 diesel vehicles in the United States. Today, the U.S. authorities have lodged the Consent Decrees with the U.S. District Court for the District of Columbia, which has to ultimately approve the settlement.

On August 13, 2020, Daimler first disclosed the company’s agreement in principle with the authorities.

The company has fully cooperated with the U.S. authorities. Daimler has not received a Notice of Violation (NOV) from the EPA or the CARB during this process.

As previously disclosed, the company has also agreed with plaintiffs‘ counsel to settle the consumer class action „In re Mercedes-Benz Emissions Litigation,“ which is pending before the U.S. District Court for the District of New Jersey. That settlement is being submitted today for court approval as well.

As stated in the consent decrees and the class action settlement, the company denies the authorities’ allegations as well as the class action plaintiffs’ claims and does not admit any liability to the United States, California, plaintiffs, or otherwise. The settlement resolves the company’s pending civil proceedings with the U.S. authorities without reaching any determinations as to whether functionalities in Daimler’s vehicles are defeat devices.

As part of the settlement and in addition to the payment of civil penalties in the amount of USD 875 million (approx. EUR 738,5 million), the company will further enhance its technical Compliance Management System and conduct an Emission Modification Program for certain diesel vehicles. The company will also conduct mitigation measures nationwide, and furthermore provide funding for additional NOx emissions mitigation initiatives in the State of California.

Unlike with other OEMs’ diesel settlements, the consent decrees do not require an external compliance monitor.

Since 2016, Daimler has built on its longstanding compliance program with an innovative group-wide technical Compliance Management System (tCMS), thereby massively strengthening its technical compliance measures and controls. For this purpose, significant resources have been invested and relevant new jobs have been created. tCMS’s elements are spelled out in Daimler’s Compliance Operating Plan, included as an appendix to the US/CA Consent Decree, which serves as the first-ever tCMS blueprint to be so published for the automobile industry.

As part of the settlement, Daimler has committed to continue its work to further enhance its tCMS.

With the tCMS, Daimler’s compliance systems can stay current with the ever-increasing legal complexity and ever-changing risk environment in the regulatory world. In addition to delineating responsibility and processes for prompt decision-making in connection with technical questions of engineering judgment and regulatory interpretation, the tCMS includes regular trainings for employees and special programs, comprehensive dialog events, and guidelines to support Daimler’s specialists in the development departments. In fact, Daimler has already conducted in-person training for over 25,000 company engineers on technical and regulatory compliance issues.

The emission modifications for the various vehicle models will be rolled out in different phases. Customers will be informed about the measure by mail as soon as the emission modification can be undertaken for their vehicle. With the start of the Emission Modification Program (estimated late 2020), the company will also publish a website from which customers can gather information. US customers can call the MBUSA Customer Assistance Center at 1-800-FOR-MERC for any questions related to passenger cars and at 1-877-762-8267 for questions related to Mercedes-Benz or Freightliner Sprinter.

The vehicles subject to the U.S. settlement were not sold in the same configurations in Europe and the emission control system of the U.S. vehicles is different from the models sold in Europe due to the differing certification and legal frameworks.