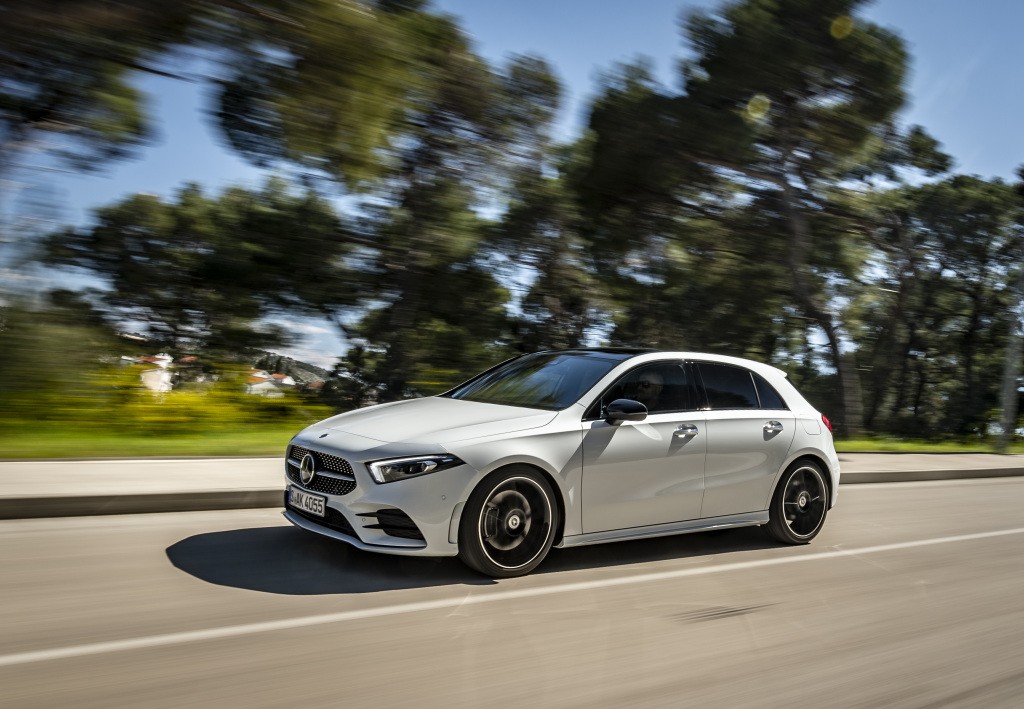 Stuttgart – Mercedes-Benz started the fourth quarter with a new record in unit sales. Worldwide, the brand with the three-pointed star delivered 190,021 vehicles, surpassing the previous best October unit sales from last year by 3.9%. In the first ten months of the year, deliveries of 1,905,108 units by Mercedes-Benz were slightly above the high prior-year level (+0.3%). As planned, progress was made last month with worldwide vehicle availability in order to meet the ongoing high demand for the cars with the star. However, unit sales continued to be affected by model changes - for example in the high-volume segment of compact cars and for the C-Class - and by delays with certification in some international markets. In the past month, the brand with the three-pointed star maintained its market leadership in the premium segment in the markets Germany, France, Italy, Spain, Switzerland, Portugal, South Korea, Japan, Australia, Canada and the USA, among others.

“Thanks to the worldwide intensive efforts of the entire Mercedes-Benz Cars team, we started the fourth quarter with a new sales record. We will continue to drive this positive development forward together until the end of the year. Our goal is clear: We want to delight our customers with their desired cars as quickly as possible,” stated Britta Seeger, Member of the Board of Management of Daimler AG responsible for Mercedes-Benz Cars Marketing and Sales. “The new C-Class Coupé and Cabriolet are already having an impact: More than 12,500 dream cars delivered worldwide ensured a golden October for the Coupés, Cabriolets and Roadsters from Mercedes-Benz. In Germany alone, unit sales of those models posted a substantial increase of more than 25%.”

In Europe, Mercedes-Benz increased its unit sales compared with the previous year and sold 79,994 vehicles last month, representing growth of 3.9%. In the first ten months of the year, a total of 768,950 units were sold (-3.9%). In Germany, Mercedes-Benz delivered 29,203 cars with the star last month (+16.7%). The new A-Class was especially popular with a strong sales growth in the domestic market of 86.7% in October. Among others, in France, Spain, Belgium, Switzerland, Poland, Denmark, Finland and Hungary, more cars of Mercedes-Benz were sold than ever before in an October.

In October, more than 12,500 dream cars were delivered by Mercedes-Benz. The good weather in Europe last month was one of the factors with a positive effect on sales, resulting in an overall worldwide increase of 1.4%. The C-Class Coupé and Cabriolet as well as the S-Class Coupé were particularly popular in October. The new C-Class had its market launch in Europe in July and has been available also in the United States and China since September.

Sales of the compact cars set a new October record last month: More than 54,500 models of the A-Class, B-Class, CLA, CLA Shooting Brake and GLA were delivered worldwide (+8.1%). The compact cars are within a changeover to the next generation of those models. The A-Class Saloon and the new B-Class will be launched in the coming months as representatives of this generation. The A-Class, of which the new model has been available from dealers since May, achieved in October a double-digit growth of over 20%.

A new record was set by the SUVs in October: Worldwide, approximately 68,000 units of the GLA, GLC, GLC Coupé, GLE, GLE Coupé, GLS and G-Class were delivered. The midsize SUVs continued their success. Approximately every other SUV delivered in October was a GLC or a GLC Coupé. The G-Class was also popular, with sales reaching a new record level for an October.

In October, a total of 11,202 customers were delighted to take delivery of their new two-door or four-door urban microcar (+3.0%). The smart brand increased its unit sales last month especially in its main markets, Germany (+22.8%) and Italy (+19.0%). In addition, smart models were very popular in October also in Portugal and Austria, with a double-digit sales growth in both countries. In the first ten months of the year, 107.586 cars of the smart brand were sold (-3.5%). Unit sales of the electric smart models reached new records worldwide both in October and in the first ten months.